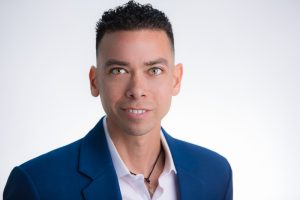 Having a keen understanding of numbers is what led Robert Sepulveda to study business at Florida International University, a school renowned for its stellar business programs. As a student, he began his career as a Teller with Regions Bank. Post-graduation, he worked his way into Private Banking and would later transition to Stonegate Bank as a Certified Financial Planner. As a result, understanding how numbers shape our lives became Robert’s first passion.

Life as a Portfolio Manager afforded enriching interactions with his clients. Robert met professionals and entrepreneurs from different walks of life and learned about their journeys. In 2012, an opportunity to migrate to Singapore presented itself. Robert decided to leave the comfortable life he built to start over. Singapore and Thailand became Robert’s bases for the next 5 years. The island nations became an oasis for experimentation.

While in Asia, Robert helped accelerate and shape the SE Asia Startup ecosystem by helping organize and participate in the first Startup Leadership Program in Singapore. Visiting neighboring Malaysia to participate and mentor for the Lean Startup Machine in Kuala Lumpur. He also helped organize the city-wide Thailand Startup Week in collaboration with the Techsauce Conference in Bangkok. It was during this time Robert integrated his love for travel and business into Another Traveler: a creative video agency for hospitality companies and tourism boards.

He eventually settled amongst the mountains of Chiang Mai, where he became part of a community of location-independent workers, known as “digital nomads.” These are individuals who work from their laptops while traveling the world. The boundaries between countries did not stop them from exploring and experiencing life in a new way. This unique lifestyle appealed to Robert as it emphasized the importance of culture and design in the family, communities and businesses we build all around us.

Since returning to the United States last year, Robert has been building explr: An app aimed to help people explore themselves and the world they live in. Robert and his team are targeting a wide variety of like-minded individuals. They currently focus on people going through a transitional phase in their lives – such as recent university graduates or shifts in career. The app will ask users a series of open-ended questions to determine their unique characteristics and interests. It will then connect users to resources, tools, and people based on their goals and desires. Life’s journey will be far from lonely with explr.

Robert is also a member of AKPsi – The Professional Business Fraternity; he sits on the Board of Directors for the MIT Enterprise Forum of South Florida and is an avid Scuba Divemaster.

This website uses cookies to improve your experience while you navigate through the website. Out of these, the cookies that are categorized as necessary are stored on your browser as they are essential for the working of basic functionalities of the website. We also use third-party cookies that help us analyze and understand how you use this website. These cookies will be stored in your browser only with your consent. You also have the option to opt-out of these cookies. But opting out of some of these cookies may affect your browsing experience.
Necessary Always Enabled
Necessary cookies are absolutely essential for the website to function properly. This category only includes cookies that ensures basic functionalities and security features of the website. These cookies do not store any personal information.
Non-necessary
Any cookies that may not be particularly necessary for the website to function and is used specifically to collect user personal data via analytics, ads, other embedded contents are termed as non-necessary cookies. It is mandatory to procure user consent prior to running these cookies on your website.
SAVE & ACCEPT