Skip to content
Home Events Blockchain Series Part I : So you think you know blockchain? 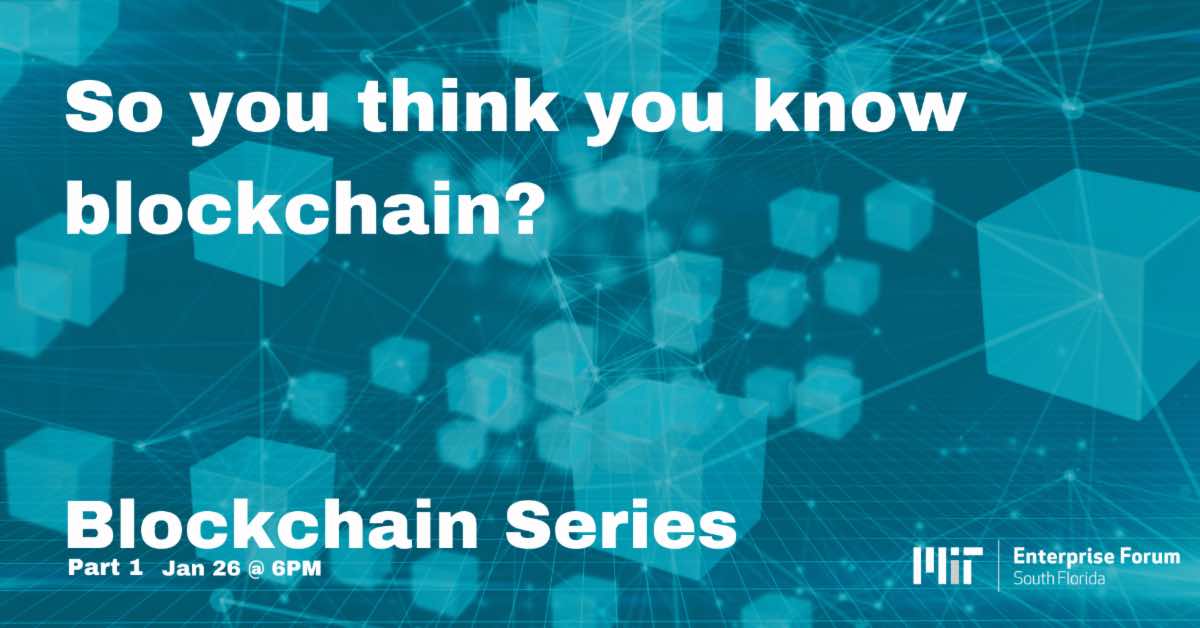 Blockchain Series Part I : So you think you know blockchain?

At MIT Enterprise Forum of South FL we strive for bringing the best programming at the hand of leading experts in the field. We take pride in curating and vetting speakers we present to you to be able to provide you with a comprehensive and balanced approach to each trending topic we present in any of our forums or seminars.

Blockchain is a technology that is permeating key industries in today’s life. Most people associate blockchain with cryptocurrencies and despite that there is a direct correlation among these two, the blockchain technology has many more uses and applications beyond crypto.

Join us on January 26th from 6-8pm EST and learn first hand what Blockchain is, the myth, the truth and what is possible to do with this technology.

This is a three part seminar that offers the basic framework for real knowledge. For Blockchain:

This website uses cookies to improve your experience while you navigate through the website. Out of these, the cookies that are categorized as necessary are stored on your browser as they are essential for the working of basic functionalities of the website. We also use third-party cookies that help us analyze and understand how you use this website. These cookies will be stored in your browser only with your consent. You also have the option to opt-out of these cookies. But opting out of some of these cookies may affect your browsing experience.
Necessary Always Enabled

Any cookies that may not be particularly necessary for the website to function and is used specifically to collect user personal data via analytics, ads, other embedded contents are termed as non-necessary cookies. It is mandatory to procure user consent prior to running these cookies on your website.