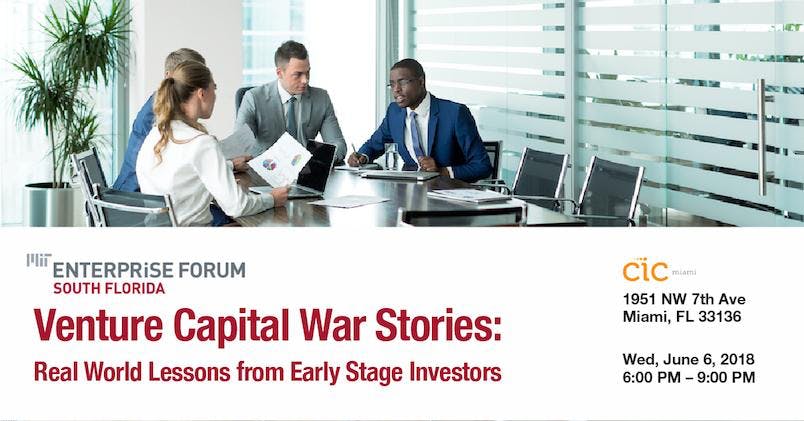 Four early stage investors will present real-world examples of investments they have made – and have not made – to give the audience a sense for how investors engage with entrepreneurs.  Entrepreneurs will get a unique look at “how the sausage is made” from an investor’s perspective.

Seating will be limited to 70, so please register early to reserve your spot.  Agenda as follows:

Prior to joining Athenian full-time, Mr. Toewe worked as an independent technology consultant to several venture capital firms, including Athenian, for strategic guidance on certain technology investments. It was in this capacity that Athenian’s Partners became acquainted with Mr. Toewe and worked together on numerous projects.

As a tech start-up veteran with extensive tech aptitude and experience, Mr. Toewe has a demonstrated success in strategy, solution design & execution. He has founded and led multiple Digital, Mobile and FinTech companies, achieving multiple successful exits. Recent deals include Cinergy International in the UK, which provides sophisticated point-of-purchase decision systems to mobile telecoms; M-Dot Network, which led the definition of digital coupon standards, won #1 Amazon Startup of the Year and today is used by nearly 20,000 retail stores; and DoubleBeam/GoPago, a payments solutions provider that is now a leading Tablet POS solution.

Deeply active in the tech startup community, Mr. Toewe serves as an advisor and participant to multiple tech companies and enjoys mentoring startups. He has been featured and interviewed for Google #StartupGrind and has been a panellist and speaker for CTIA #LetsTalkPayments.

Mr. Toewe earned a BA in Politics from Saint Joseph’s University and an MSIS (Master of Science in Information Systems) from Drexel University. He has also completed Open Courseware in Economics from Massachusetts Institute of Technology. Entrepreneur and investor in 40+ tech startups. Founded Higher One while in college, 15+ years in various roles (CEO, CFO and Chairman) raised multiple rounds of angel and venture funding taking the company public. Director at Founder Institute.

Las Olas Venture Capital is a new Florida-based early stage fund that invests in startups in a variety of industries. Their mission is to find outstanding entrepreneurs in non-obvious places and maximize their impact by connecting them to networks of capital, talent, and customers in well-established startup ecosystems.

Tigre co-founded LAB Miami Ventures in 2017, a “venture builder” that aims to create game-changing new digital businesses in partnership with the region’s best entrepreneurial talent and leading corporations.   Based at The LAB Miami, South Florida’s original co-working space, LAB Ventures hosts a series of technology-focused events covering Travel, Real Estate, Logistics and FinTech sectors and has launched businesses such as MyRentHero.com and OrderOut.co.

Tigre is also an active angel investor and a mentor to several local emerging technology companies, having invested in more than two dozen startups.  He serves on the board of Miami Angels, the leading angel investor network in Florida.

In 2009 Tigre joined Andres Moreno as the Founding COO and CFO of Open English, growing the company from commercial launch to over $50M in annual revenues and creating a massive consumer brand.   Today Open English is the leading online language school in the Americas, having helped nearly 500,000 students to learn English over the internet.  Under Tigre’s leadership, Open English raised over $120M of Venture Capital in four rounds of investment from firms including Redpoint, Insight, and Technology Crossover Ventures.

Tigre began his career as a strategy consultant with The Boston Consulting Group, where he spent 16 years as a partner in the US, Spain and Mexico.  He holds a B.A. in International Relations from Stanford University and is fluent in Spanish and English,

David is a co-founder of Ocean Azul Partners. He has been working with Bill and investing in startups and early-stage companies for over 15-years. David provides value to founders, management and investors through his experience, tactical insights, strategic planning, critical thinking, innovation and operational excellence. As a prior founder, he lived the challenges of creating profitability with limited access to capital for sustainable growth. David is the founding CFO and on the Advisory Board of activEngage, Inc. a Deloitte Technology Fast 500 Company and INC 5000 Five-Year Honoree in 2016. He was also the former founding CFO and on the Advisory Board of DealerUps (sold to JM Family Enterprises) and Electrolytic Technologies (sold to Gables Energy Partners). David is the co-founder of consumer brand

BeFit Nutrition™ that he developed in partnership with LionsGate (NYSE: LGE). He also helped establish That’s It Nutrition™, one of the fastest growing private nutrition bar companies in the U.S. and even sent bars to the international space station. David is currently active on the Advisory Boards of activEngage, Itopia and DadeSystems.

David is a CPA and former Manager of Arthur Andersen LLP. He was awarded Student-Athlete Honors from Miami University with a Bachelor of Science in Business and has an Executive Education in Digital Marketing Strategy from Columbia Business School. David is a passionate advocate for finding and developing innovative technologies to provide access to clean and safe water worldwide. He enjoys tennis, biking, scuba diving and watersports.

Mr. Heitner serves on the executive board of the MIT Enterprise Forum of South Florida, the Investment Committee for Miami Children’s Hospital board of directors, and on the Executive Council of MPE Partners private equity firm. He has been a lecturer at the University of Miami School of Business in Entrepreneurship, and serves as a judge for the Leigh M. Rothschild Business Plan Competition. He is involved in a number of entrepreneurial ventures, including angel investments in 4 start-up companies. He holds BS and MS degrees in mechanical engineering from the Massachusetts Institute of Technology.

This website uses cookies to improve your experience while you navigate through the website. Out of these, the cookies that are categorized as necessary are stored on your browser as they are essential for the working of basic functionalities of the website. We also use third-party cookies that help us analyze and understand how you use this website. These cookies will be stored in your browser only with your consent. You also have the option to opt-out of these cookies. But opting out of some of these cookies may affect your browsing experience.
Necessary Always Enabled

Any cookies that may not be particularly necessary for the website to function and is used specifically to collect user personal data via analytics, ads, other embedded contents are termed as non-necessary cookies. It is mandatory to procure user consent prior to running these cookies on your website.